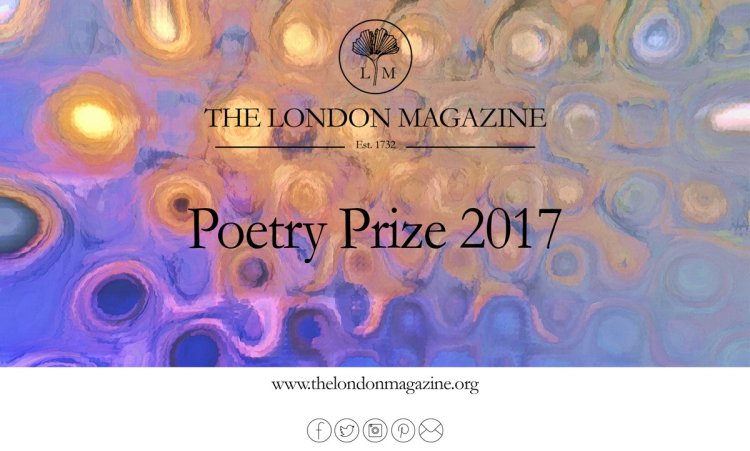 Last month brought one of the best pieces of news I’ve received all year: my poem ‘Aroi’ winning second place in The London Magazine Poetry Prize 2017.

Writers who have appeared over the centuries within its pages include William Wordsworth, Arthur Conan Doyle, and Paul Muldoon, but what really excites me is that Sylvia Plath had poems published in The London Magazine both during and after her lifetime.

Plath has been one of the greatest influences on my own work, so to appear in the same publication that featured her poetry is a huge honour.

Sarah Westcott is the winner of The London Magazine Poetry Prize 2017, with third place going to Andrew Henry James.

I’ll conclude this post with a poem of Plath’s–probably her most famous one. ‘Ariel’ has never made as strong an impact on me as some of her others (such as ‘The Colossus’, ‘Daddy’, ‘Lady Lazarus’) but nevertheless I find myself returning to it again and again, eternally intrigued.

Stasis in darkness.
Then the substanceless blue
Pour of tor and distances.

God’s lioness,
How one we grow,
Pivot of heels and knees!—The furrow

Splits and passes, sister to
The brown arc
Of the neck I cannot catch,

Hauls me through air—
Thighs, hair;
Flakes from my heels.

And now I
Foam to wheat, a glitter of seas.
The child’s cry

Melts in the wall.
And I
Am the arrow,

The dew that flies
Suicidal, at one with the drive
Into the red

Eye, the cauldron of morning.